“Nice save.” In the Boston suburb of my beginnings, those two words were clutch. They’d bounce through the stands after a nail-biting soccer play. They’d cackle across the cafeteria when a Twizzler almost hit the floor. But they meant the most, at least to me, when applied to my first love—vintage clothes. 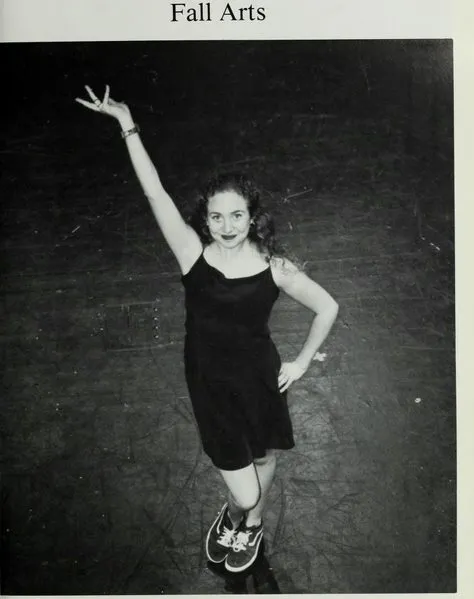 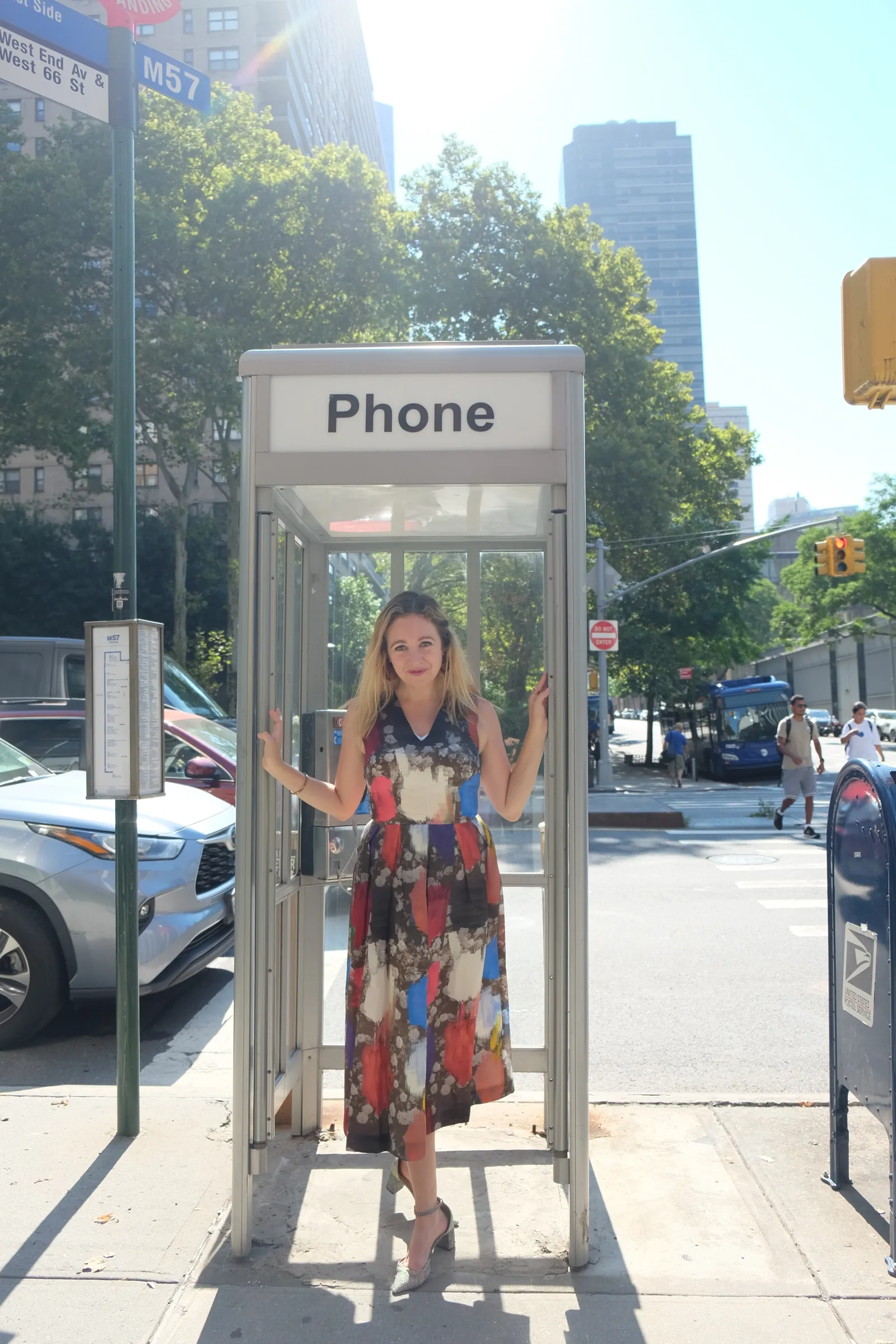 The counterpart was, “Why didn’t you save that?,” reserved for the clothes that got away. Among the missing: my mom’s embroidered bell-bottoms, disco heels worn to actual discos, a leather minidress with a Grateful Dead skull. Seeing faded photos of my mother in these pieces made me grasp that before she had been a parent, she’d been a person. I would never know her fully, and that broke my heart. It also gave me a mission: archive all my designer clothes for my future children, once I could actually afford to buy them. 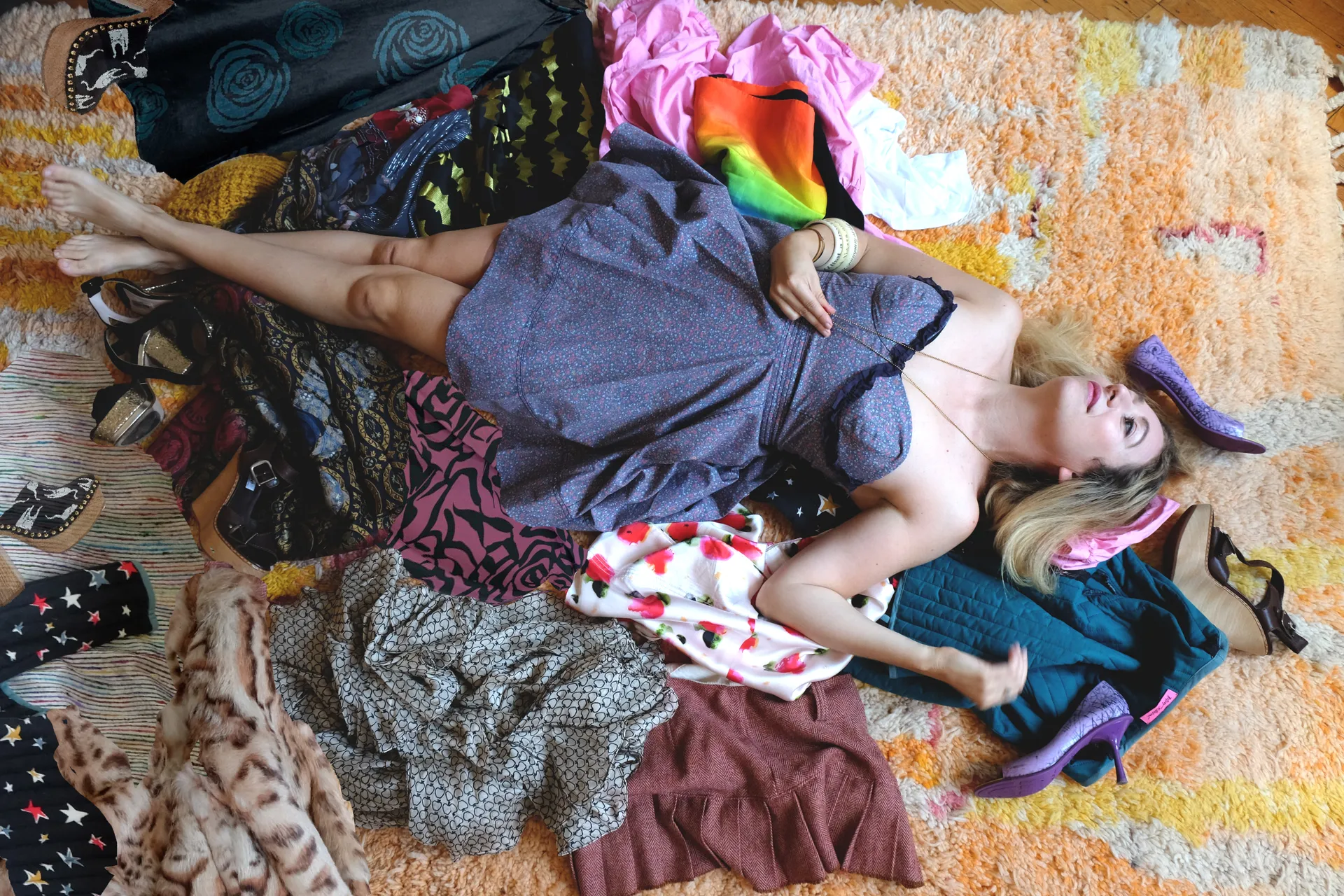 That first happened in 2005. It was late enough in the digital age for blogs, but early enough that NFT looked like a typo instead of a Gucci splurge. With no metaverse in sight, clothes themselves could be avatars, and gosh, I had some good ones: a Marc Jacobs bubble dress first seen on Gemma Ward; a heap of Luella Bartley punk prom gowns; a cat-print skirt from Miu Miu; a python bag from Fendi; A.P.C.’s oh-so-Sedgwick leopard-print coat, bookmarked on MySpace (MySpace!) until I saved up enough to buy it.

On my 29th birthday, I was dancing at the Beatrice Inn while wearing pink cowboy boots—a classic “nice save” from a Texas Goodwill—when there was a sudden, sharp ow! in my core and then a blood flood. I ran to the bathroom, leaned against the sink’s rim, and realized I was having a miscarriage. I hadn’t even known I was pregnant.

Conventional wisdom (and bad TV) says your whole past replays during a near-death experience. But this was a near-birth experience, so instead I saw the future in a dream. In it, I was a mom to a little girl. She did all the things I once did—scream Bangles lyrics on the swing set, sneak Stephen King novels into sixth grade. But slowly, dream-me was covered in tiny, inky handprints. My imaginary daughter was running away, screaming, “I don’t have to love you! I didn’t ask for you!” In my dream, I knew everything about this girl, and yet I knew nothing at all. I woke up choking on rage. I was grateful I could blame the blood.

The stains of that nightmare faded (mostly) by my mid-30s, in part because women I truly admired were thriving as parents and people. Spending time with them, and their (admittedly great) kids, made me dare to reimagine a future with children. “I could still be a mom,” I would tell my therapist. “If I found the right partner…if I started teaching college…if I joined a kibbutz…if I sold the novel and the movie rights together…if it’s a kibbutz but not, like, *religious…*if I marry for money…if I divorce for more money…if I even make it to 40.”

Against all Vegas odds, that actually happened—hitting 40, I mean—and I celebrated with my boyfriend of two years. We are very different, but when I look at him, all the cells in my body go, “Yeah, this.” We talked early, and easily, about our future desires: immersive theater projects (me), major marathon records (him), and a nascent plan to live around the world. For all those reasons—and a few more that I don’t feel like sharing without tequila, sorry—we’re planning a life that doesn’t include parenting. I feel strangely serene about that choice, especially because we made it honestly, and with great hope and excitement for our shared future. But there’s now a new problem: Half our living space is crammed with clothes for my imaginary daughter, instead of space for our real life. Something has to give, which means I’m giving away my clothes. It’s hard and weird, but it’s the only way.

So far, here’s the outgoing tally: Five Jeremy Scott x Longchamp totes seized by my goddaughter, Madison. Two lace Chloé blouses given to baby cousins transfixed by Y2K TikTok. A pile of Fiorucci sent to a fashion student I mentored. One Hello Kitty x AntiSocial Social Club tee, now worn as a dress by a frighteningly cool five-year-old—my high school bestie’s daughter—en route to kindergarten. It’s a special kind of pain to watch these future women zip into my former selves. It’s a special kind of privilege too.

Most recently, it happened last week, when 10-year-old Edith buzzed into my apartment. The daughter of a dear college friend, she lives in woodsy New England, reads books her parents have tried to hide, and chases her brothers through forests without mercy. Edith doesn’t care that some woman named Phoebe Philo made a pair of wooden wedges in 2006, but when she saw them in my closet, a light flicked in her eyes, and she asked, “Can I try?”

The shoes were way too big and teeteringly high, but she gamely strapped herself in and tried to walk. “Heels are easy!” Edith said, giggling, clomping fast until she lost her balance. Frantically, she grabbed onto my dress—the same ’70s Marimekko passed along from my dad—and steadied herself back to normal. “Phew, you didn’t let me fall,” she said, looking from me to my shoes, which will one day be her shoes, which is sad and gorgeous and great. “Nice save.”